3 Creeds – On Common Ground and Tolerance

What do you believe in? And do you believe at all?
To believe is not just about having one or more gods and belonging to a religion. It is also about believing in oneself. In values and ideas about life and sharing them with others. We introduce you to three great young women who all believe a little differently but have one thing in common – a belief in tolerance and respect. With or without a God.

Judaism – Evgenia believes in the values of her Jewish upbringing

“Well, I publicly profess Judaism, but I wouldn’t call myself very religious. For me, Judaism is more of a culture, a mixture of values that were passed on to me by my parents and grandparents,” Evgenia (21, from Wuppertal) tells us. “What was passed on were values of determination and diligence, of love and belief in family and friendship and how important these are in life, but also for the future. That’s why I would say that’s also the most important thing for me about my Judaism. The feeling of family and belonging.


Belief is personal and individual

I think belief is always something very personal and very revelatory. Just as you can’t force anyone to love, you can’t force anyone to believe anything. And you shouldn’t. I think one should enjoy one’s personal insights in relation to beliefs, but not force them on anyone or say, ‘Okay my belief or what I have realised is better than yours!’ I think one should simply welcome these differences!


Her tip for you in dealing with other belief settings

intombi for girls – how you can be part of it!


👉 We are also interested in your story! In our #girlsforgirls online passion magazine, we present exciting and super strong young women, projects and important tips around a passion every week. We call this week – PassionWeek! 🤩 For a successful start into the future – according to our motto #girlsforgirls !👭💕🌍 Contact us and become the author of your life story – info@intombi.de

“Although I was born into a Catholic family and was even an altar girl for two years, I have been an atheist for several years now,” Viviana (17, from Hürth) reveals to us. “The older I got, the more I started to question my beliefs. Because even back then I never believed in the theories from the Bible. I always believed more in science.


Religion as a trigger for hatred and war

The older I got, the more I also questioned the meaning of religions. Because in most cases, religious writings were written by men, at a time when atheists were considered heretics and any kind of technological progress was considered witchcraft. Religion has unfortunately always led to tearing people apart, waging wars and hating each other. Although every belief should consist of dealing peacefully with one’s fellow human beings.

I believe that religions only exist to take away people’s fear of death by giving them something good to look forward to after their lives. I also understand how faith can help you in difficult situations and give you hope, but this is not the case for me. I do not want to offend or hurt anyone with my personal opinion. I respect every person who carries out any belief. And in the same way, I wish to be respected as an atheist as well!”


Christianity – Jana believes in the uniqueness of the human being

“For me, faith is the foundation and framework of my whole life. It is what I draw my values from and what I use to reflect on myself and my environment. I could not imagine a life without my belief, because for me it answers the question of meaning, which I believe every human being asks or must ask. Belief gives my life meaning, even more than hope a deep confidence and is actually my first love,” Jana (22, from Münster) tells us.


The belief in hope

“In fact, I believe that there is no human being who believes nothing! We all believe in something. And everyone puts their hope in something and bases their life in something. You have beliefs in your heart, and those beliefs don’t have to be related to a God. Beliefs can also simply be things that our environment has given us. And that is why I believe that the decisive question is what we believe in and what our foundation is. That the decisive question is what we expect from our today and where we are looking in a tomorrow!


Jana’s tip? Know who you are and enrich the world

I believe that God has already done everything. He has looked at you, just as you are, and created you just as He wanted – each and every one of us! He has endowed you with talents and gifts that he has placed in you, simply as a gift. And he wants you to be able to look at yourself in the mirror as exactly this masterpiece! And that you go out into the world with these gifts that you have received and enrich it with them – simply out of an abundance that we have all received!”


That’s how Gen Z believes. Did you know…?


… that in Germany almost 35% of those aged between 18 and 29 believe in a personal God? 51% generally believe in a higher power, but only 10% would describe themselves as religious. (Bertelsmann Foundation)

Find out more about Jana in the exclusive interview in the next article. She tells you how her belief carries her through life and what it teaches her about love.

My favourite place for mindfulness in Cologne
I am enough! Interview with actress Vivien Wulf
Stop Racism! How to stand up against discrimination
I stand up for peace
Peace starts with you and me!
Interview with Angelina from Mädelsabende about self-confidence

Charline Lumiere tells you how to personally grow through changes 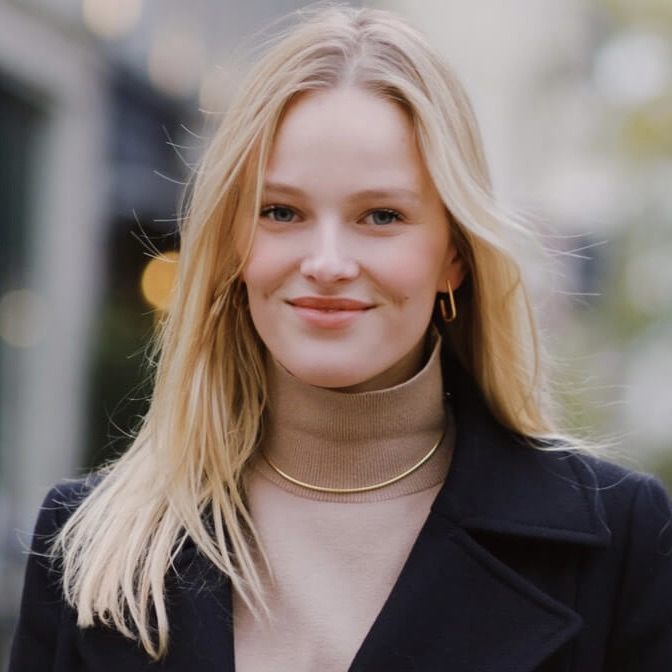